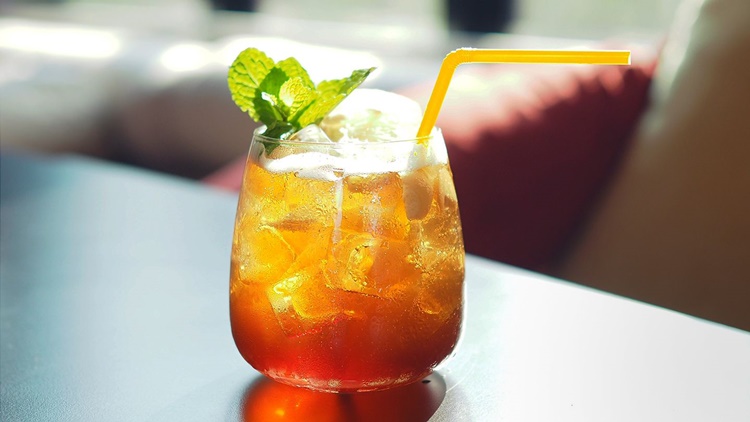 ICE TEA – Here are some of the bad effects of drinking iced tea that many people are actually not aware of.

Ice tea is a favorite of many people. This delicious drink comes in many flavors. However, on the other side of its taste, it can be unhealthy to the body and that is what many people do not know.

Iced Tea – Dr. Willie Ong Reveals Why You Should Not Drink Too Much of It

Why You Should Not Drink Too Much Iced Tea According to Dr. Willie Ong

ICED TEA – In a video, doctor Willie Ong revealed why you should not drink too much of it.

Undeniably, most of us would prefer taking a different drink than water when we are eating in restaurants, fast food chains, and other public dining establishments. It is also undeniable that the service water of some fast food chain do not taste well.

Are you also one of those who would prefer taking a soda, a tea, or a juice? Most of the time, we order meals and they are a part of the bunch.

However, based on a video of Dr. Willie Ong, excessive drinking of iced tea should not be tolerated. It has negative effects to the body thus we should not drink too much of it.

According to Doc Willie, there is a case of a 56-year-old man who drank one (1) gallon of the tea daily. After a few months, he was diagnosed with kidney failure.

It is no secret to the public that kidney failure is hard to treat. Also, it requires an expensive treatment including a dialysis.

In the case of the 56-year-old man, his doctor advised him to have a dialysis. The root of his kidney failure was traced and it was found out that it is due to his excessive drinking of tea.

In the video, Dr. Willie Ong expressed that iced tea contains chemical oxalate that can turn to kidney stones if taken excessively. These stones can, later on, lead to kidney failure.

According to Doc Willie, aside from kidney failure, drinking too much iced tea may also result to obesity and diabetes. A glass of it may contain up to seven (7) teaspoons of sugar. It can help you gain weight and spike up your blood sugar level.

In the video, the doctor stressed his advise to minimize the intake of the said drink and as well as soda as they are really high in sugar. Instead, you may turn to water with lemon.

Thank you for visiting Healthtips.ph. You may expressed your reactions or thoughts through the comment section below. You may also visit the link below for further information about health.