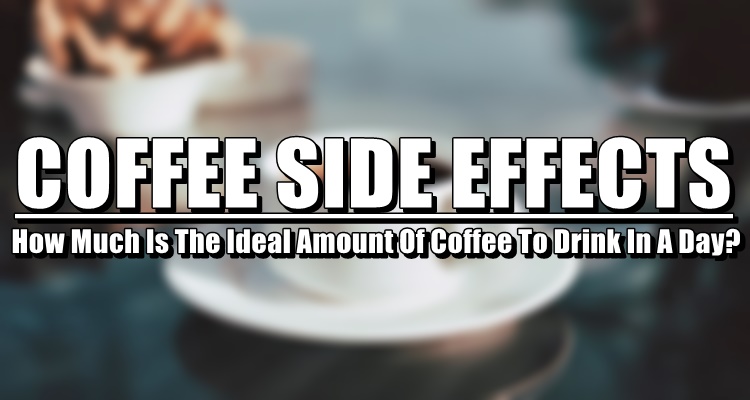 There are coffee side effects if you’ve been drinking too much. How much is the right amount?

COFFEE SIDE EFFECTS – Caffeine overdose has a corresponding side effects, how much is the right amount of coffee in a day?

Drinking of coffee first thing in the morning seemingly serves as a fuel for most of us to start the day. It also has a number of benefits to people such as lowering risk of conditions like type 2 diabetes, neurological disorders, and liver diseases aside from the fact that it is our top source of antioxidants.

In a previous post, the best or ideal time to fully maximize the benefits of the coffee is to drink it mid or late morning because of the body’s cortisol level. For example, if you wake up at 6:30 a.m., it’s between 9:30 and 11:30 a.m. to drink a cup.

Some people even get addicted to it that they can drink for up to seven (7) cups of coffee everyday. However, too much of anything is just as bad as to having the least. Now, how much is the right amount of coffee should we drink in a day that’s considered safe?

According to The American Journal of Clinical Nutrition report over a dozen cup of coffee can lead to some serious disease. Others say that four cups is safe but as much 22 percent is increased for you to likely develop heart disease by drinking six or more.

A cup, as per article from Health Line is about 8 ounces and typically equals to about 70 to 140 milligrams of caffeine. A doctor recommended that drinking four (4) or fie (5) cups in a day is still safe.

Now, here are some signs that you’ve been drinking too much: